Shopping cart
0 Product(s) in cart
Discounts US$0.00
Total US$0.00
My Account
Recently viewed

Best Linear Polarizer is for sale at low price!

If you’ve ever wondered:
"Where to buy Polarizing Film at low price?" Then, you’re in the right site.

3Dlens Corporation supplies the highest quality linear polarizing film in a various sizes with superior extinction ratio and high transmittance of unpolarized light in the range of wavelength 400~700nm.

Our linear polarizer film sheet will not fade under normal exposure to the light. Under room temperature and humidity, the life will last for 10~20 years.

It is the most commonly used in additional protective film or with adhesive glue.

High contrast linear polarizer sheet is perfect for a wide range of imaging applications and all kinds of experimentation.

We sell linear polarizer films to many countries as Australia, UK, France, Italy, Finland, Canada, India, Brazil, Deutsche, Singapore, America, and so on.

These linear polarising film sheets can be easily cut with scissors or a paper cutter. 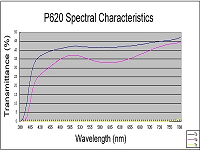 ...we don't currently have that one in stock
Please add your email and we'll notify you when it's back
Categories
» Linear Polarizer Film

What is a polarizer?
It is a filter sheet which allows a specific polarization of light waves to pass through and block other light called a polarizer (polarizing film) or Polaroid.

The earliest artificial polarizer was invented by Polaroid company Edwin H. Land in 1928. Although it has 90 years of history, but the process principle and material are still roughly the same.

Polarized films are widely used in research labs, the optical industry and equipment.
Commercially available polarizers are made from different materials such as glass, crystal or plastic.

Plastic polarizer films are the least expensive and commonly used in LCD (liquid crystal display) such as screens of calculators or computer monitors, polarized sunglasses, and 3D movie glasses.

Protective film used to protect the polarizing plate surface, consumers need to tear the film when use a polarizer.

Onto this bare polarizer, additional treatments are applied such as an adhesive glue, hard coating, antiglare, anti-reflection and other surface treatments.

The general process, the first is to produce a polarized film, hydrophilic PVA.
After the film is swollen, it is immersed in a dichroic dye solution and stained.

The dichroic dye is usually a solution of iodine and potassium iodide. And then extend the dyeing film, extending to give the Dichroic dye arrangement, the higher the order, the prepared polarizing film optical properties are better.

After the extension of the film after drying, easy to stretch the direction of brittle fracture.

The iodine polarizing film has a high permeability, high contrast and a wide range of wavelength bias characteristics, the price is relatively cheap, so for a wide range of applications.

The polarizing property of the dye-based polarizing film is inferior to that of the iodine system, but the wet heat resistance characteristic is good and belongs to the durability polarized film.

Iodine standard linear polarizing film applications is in a wide range, such as watches, calculator computers, PC, OA machines, LCD. In addition, cars, ships, aircraft, outdoor measurement equipment for the use of dye-based polarizing film such a durable polarizing film.

It is through the electromagnetic or mechanical action to have dichroic acid quinine sulfuric acid small crystals neatly arranged in a transparent plastic film made of.

Artificial polarizer as a result of a simple manufacturing process, cheap, and can be made into a larger area, which has been widely used.
At present in the general polarization instrument and many of the partial and the partial detection device using artificial polarizer.
For example, when watching a three-dimensional movie, the audience needs to wear a pair of glasses, which is a pair of vibration perpendicular to each other polarized film.

The principle is that we usually only use two glasses to see the object to produce three-dimensional sense, if the use of two shots, such as the human eye, from two different directions at the same time takes the film scene image, made positive film.

In the projection through the two projectors with the vibration direction perpendicular to each other, two linearly polarized light superimposed on the screen, the human eye through the above polarized glasses to watch, each eye can only see a corresponding independent image, Like a direct view to produce a three-dimensional feeling.

Here are some reviews from our customers: